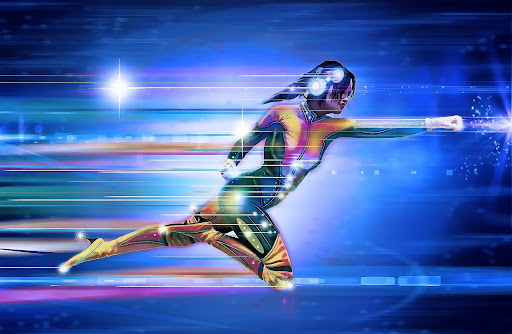 When is he gonna ask me out? Its been over a year and she’s still acting like we are just friends, I need to know if he loves me or not? These questions are not strange to anyone who has attempted to be in a romantic relationship. They play on a loop in our minds, we go to bed with them and wake up with them, they boggle our minds till the point of mental exasperation. So why has he/she not said the 8 lettered, 3 words, 1 phrase sentence? I have come to understand that we love as humans at different rates. For some its love at first sight, for others, its love while walking out the door, but one thing that’s constant is that when love is ripe it’s the most beautiful thing ever. What I aim to achieve with this write up is to turn our minds to those glaring reasons that stare us right in the face as to why we may not have gotten the assurance we need from a seemingly good relationship. Love threshold The functional unit of love is affection or trust depending on w
1 comment
Read more

By Mosthmagazine - January 28, 2020
I was fortunate to be born at a time when the word icon meant more than a colorful logo on a computer screen. It was a time when it was a status symbol that most people strived to become. It was revered by all and sundry, it was the pride of humanity especially when it is affiliated to noble deeds. Fast forward to today's society, many of our teeming youths associate any idea of the word icon with a computer, could it be as a result of the predominance of IT or sear ignorance, that's a topic for another day. However, what is consistent is the cavalier attitude expressed at those that are icons or should be considered icons. Months ago an incident occurred that kept the social media space buzzing, it was the incidence of a younger man demanding his right to his designated seat on a plane, as evident by his ticket. What was seemingly abnormal about this was the personality from which he had made such demand. It would seem to the greater public that he had committed sacrileg
Post a comment
Read more

COMFORT ZONE; WHY NOT?

By Mosthmagazine - January 17, 2020
You need to step out of your comfort zone, you need to do something about this situation, you just can't wait for things to happen... these words are quite familiar to the one who has established or inherited a comfort zone. In a bid to challenge our creativity the comfort zone has been demonized and has become the object of criticism, especially as a core factor that supports unrealized dreams. Well, I have a different opinion. Firstly, the comfort zone is not a fixed concept or the contraption of a lazy mind. It is a dynamic, ephemeral and transient reality sustained by a strong desire for serenity. This cosseting environment is not given, it is either being worked for or had been worked for, and one thing central to its existence is that someone, at some point in time, thought it wise to create this niche of peace and quietude. while I am not averse to its improvement or upgrade, I will by no means undermine the efforts associated with its emergence. Secondly, most people a
2 comments
Read more

Migration; movement of ideas not people 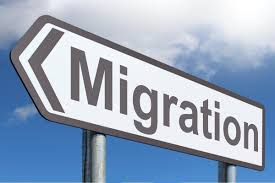 Migration has been a part of mans history for as long as he has existed. People have migrated for a collection of reasons, some now seen as mundane and some as germane; from climatic reasons to nutritional reasons, such as food and water during famines and droughts, for natural resources that were not available in their environment, for trading, war, natural disaster reasons and so on. Over time the reasons for migration has gradually declined, for one, early migrants devised means through technology to solve the problems that made them migrate in the first place, another reason is that migration laws became stricter in these so called migrants destination choices. As population increases all right thinking governments are vested with the responsibility to diligently manage their scarce or plenteous resources to the benefit of their citizens first and then others. As migrant laws thicken, in countries like Australia, France, United States of America, discourse from varying
Post a comment
Read more

Know me, don't ask me to tell you.

When two rhythms meet, at first they are uncoordinated, but over time become harmonious, this should be the norm but sometime we find that both rhythms remain out of sync bringing about a cacophony, disturbing to those who are unfortunate to be connected to this event by whatever means. To err is human, the quantum is what differentiates a misdemeanor from an atrocity, and both are based on the depth of the relationship shared by the parties involved. We say things we don’t mean apologize and then regret, and more often than not, our utterance does not evoke the response we such desire, instead it adds salt to injury. This might be as a result of lack of due diligence on the culprits part to decipher the right tone and timing to advance a complaint, observation or an outright dismissal of an issue. We do things innocently that ends up hurting others in ways we did not imagine, and its worse when it’s someone we claim to love or have loved, who has set the security threat of
2 comments
Read more
More posts